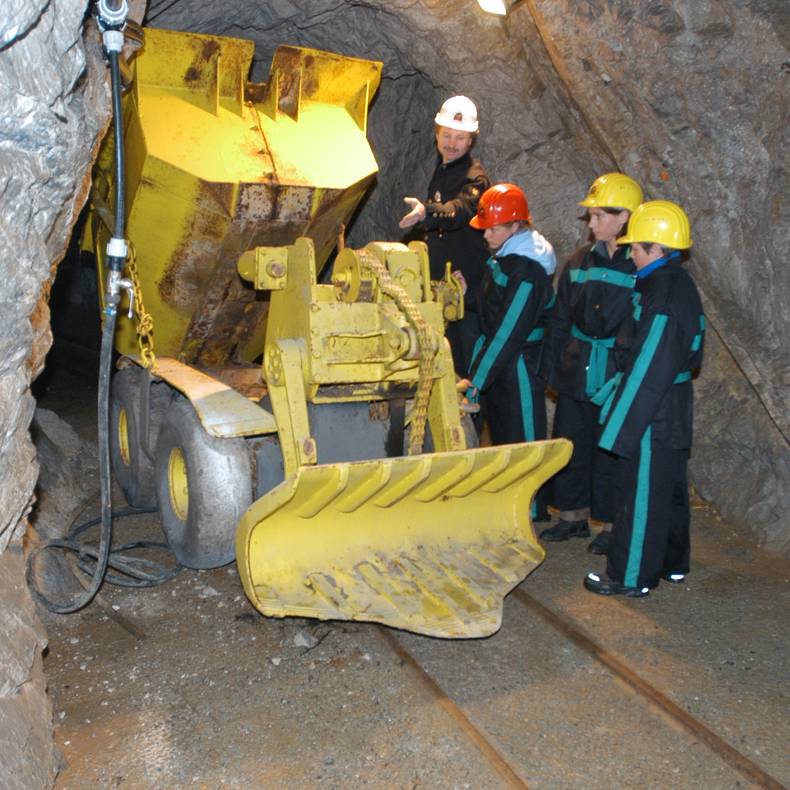 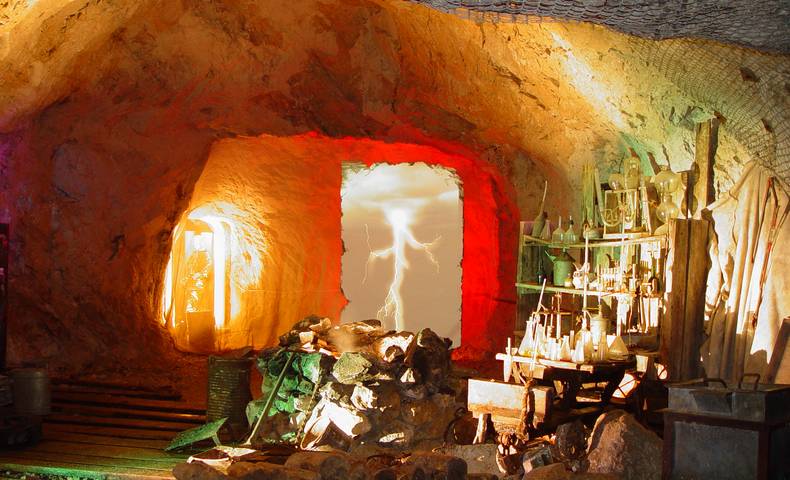 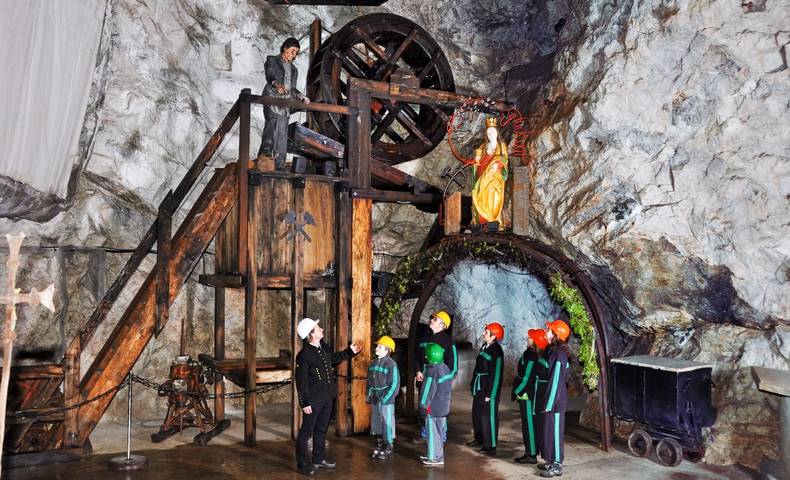 The journey into the mines, the legendary, mysterious world of subterranean wonders begins with the 68m long miner’s slide (longest in Europa – but also accessible via descending staircase or lift).

From there the visitor first proceeds on foot and then travels with a real mining railway – the only one in Carinthia –through the tunnel. Deep under the earth, visitors will see mystical shows about the creation of the earth and the healing powers of nature, shows consisting of light and sound productions with water and smoke effects.

With the only shaft elevator rated for visitors in all Austria, you come to the historical-educational section of the attached mining museum with its 700 years of history, the oldest miner’s flag in the world and the hilarious caricature museum Terra Humoristica.

Throughout the mine there is a thermal tunnel climate (constant temperature of 9 degrees Celsius) which releases the airways. As an extra offer for children, there is also the option of arranging (for an added price) a treasure hunt in which the little adventurers, equipped with a flashlight, can find semi-precious stones and they can take home with them.

July - August
Terra Mystica: daily from 9:30 am till 3 pm
Guided tours from 10 am every hour on the hour
Terra Montana: daily entrance at 4 pm