The Alpe-Adria Trail, which is signposted from start to finish, is a diverse, roughly 750-km-long voyage of exploration that crosses borders through three countries – Austria, Italy and Slovenia – and three cultures.

It runs from the foot of the majestic Grossglockner Mountain to the azure Adriatic Sea. With views of a well-rounded mix of gorgeous natural wonders, alpine aquatic adventures and fascinating animal and plant life, it winds along lakes, streams and rivers until it reaches its destination: the Adriatic Sea. The especially practical thing about it is that the Alpe-Adria Trail Booking Centre is ready to help you organise the individual tour you want and make it happen.

From the foot of Austria’s highest mountain, the 3,798-metre Grossglockner, to the Adriatic Sea: the trail winds through Carinthia, Slovenia and Friuli-Venezia-Guilia in 43 stages of 17 km each. You’ll be accompanied by a mild climate that promises many hours of sunshine and pleasant temperatures for a total of about 750 km southward. The Alpe-Adria Trail info points, which are three columns on a platform that can be found at each stop, have details on the location and on that stage of the trail.

Trekking enthusiasts can book their hiking routes by phoning the Alpe-Adria Trail Booking Centre or online at www.alpe-adria-trail.com . You can choose from various packages or put your desired tour together with the help of a personal consultation. The Alpe-Adria Trail has also made it into the travel literature: two hiking guides available in German book stores provide valuable tips and information for individual planning. Bradt Travel Guides also published the first English-language hiking guide on the Alpe-Adria Trail in 2016. The free Alpe-Adria Trail app is another ideal online tour planner that you can use from home or as a companion on the trail.

The journey is the goal

The geographic destination at the end of the Alpe-Adria Trail is Muggia, which lies a bit to the south of the old Austro-Hungarian port city of Trieste. The trail follows water a variety of forms, starting from the perpetual ice of the Grossglockner and passing waterfalls, rivers and lakes all the way to the Adriatic Sea. The paths have always existed, but now they have been mapped in their entirety for the first time. Those who don’t wish to attempt the entire length of the trail can opt to take their favourite stages in this ‘Garden of Eden’, all of which have these things in common: the heavenly views, the gorgeous natural wonders, the glittering bathing lakes, the majestic mountain peaks and, finally, the azure waters of the Adriatic Sea.

The first eight stages are in Carinthia and lead through the sunny, idyllic Mölltal Valley with its unique panoramic views of the spectacular alpine world amidst mighty three-thousanders. It all begins at the foot of the Pasterze, the largest glacier in Austria, in the heart of Hohe Tauern National Park. After that, the trail leads on to Heiligenblut and then Grosskirchheim. Hikers pass by the Apriacher Stockmühlen (‘stock mills’) here, which tell of the deprivation suffered by the farming inhabitants from the 17th to the 20th centuries. Gmünd, an artist’s village with medieval roots, also lies along the route.

The Millstätter Alpe Mountains are amongst the most beautiful hiking regions in Carinthia. This is because of their gentle curves and the gorgeous view of Lake Millstätter See below, which is the second-largest bathing lake in Carinthia. This also puts hikers in the middle of the gentle landscape of the Nockberge Biosphere Park with its famous spa town of Bad Kleinkirchheim, through which stages 15 and 16 lead. Arriach can boast that it is the geographical centre of Carinthia. It is also the starting point of the stage that leads to Gerlitzen Alpe Mountain. After a look at Lake Ossiacher See, the last stage, which lies entirely within Carinthia, leads from Velden am Wörthersee to the Baumgartner Höhe, not far from Lake Faaker See. Shortly before the destination, hikers arrive at the Finkenstein castle ruin, a theatre and concert arena that impresses visitors with magnificent views and impressive sunsets. 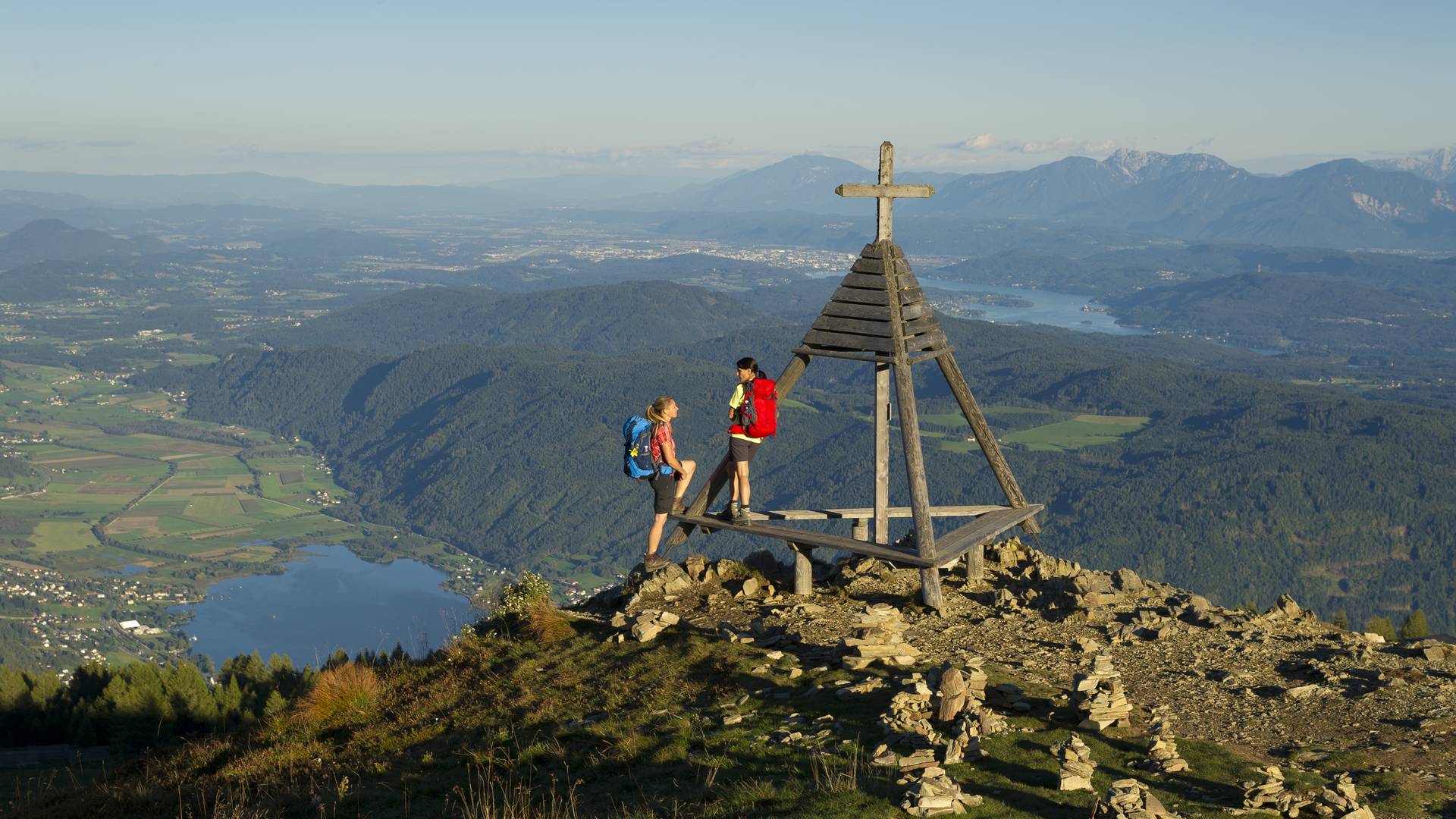 On the next stages of the Alpe-Adria Trail, hikers leave Austria and proceed into Slovenian territory, soon reaching the Alpine Ski World Cup site of Kranjska Gora. The route here more or less follows the Soča River, which becomes the Isonzo once it reaches Italy. The trail runs straight through Triglav National Park, the only national park in Slovenia, amidst the mysterious Julian Alps. With some luck hikers can find alpine wildlife here, such as ibex, chamoix, red deer and wood grouse. It goes over the highest mountain pass in Slovenia, the Vršič, and on to the popular water sport metropolis of Bovec, which is also the highest skiing region in Slovenia. Hikers can enjoy the untouched nature of the Soča Valley here, which was honoured with the EDEN Award in 2008 and is also a part of the park; it is a true natural jewel with numerous natural sights such as waterfalls, caves and secluded river valleys. Finally, the trail reaches Kobarid, whose cultural heritage is steeped in the history of World War I, and Tolmin.

The valley owes its beauty above all to the turquoise water of the wild river, whose source is a karst spring near Trenta in north-west Slovenia. It is a spectacular region for white-water sport enthusiasts and anglers, who can pull many marble trout (a freshwater fish of the Salmonidae family) from the cool water. The further southward along the Soča you go, the more beautiful the landscape becomes. In the westernmost part of Slovenia, the trail traverses the area of Goriška Brda, where centuries of wine-growing tradition continue to this day. The unique location of the hill country has produced many internationally-awarded wines. At the end of the trail, in an overgrown area in the Karst region, a cultural monument east of Trieste that is famous throughout Europe and the world is worth a visit: the stud farm and equestrian sport centre of Lipica, which was founded in 1580 by Archduke Karl II. 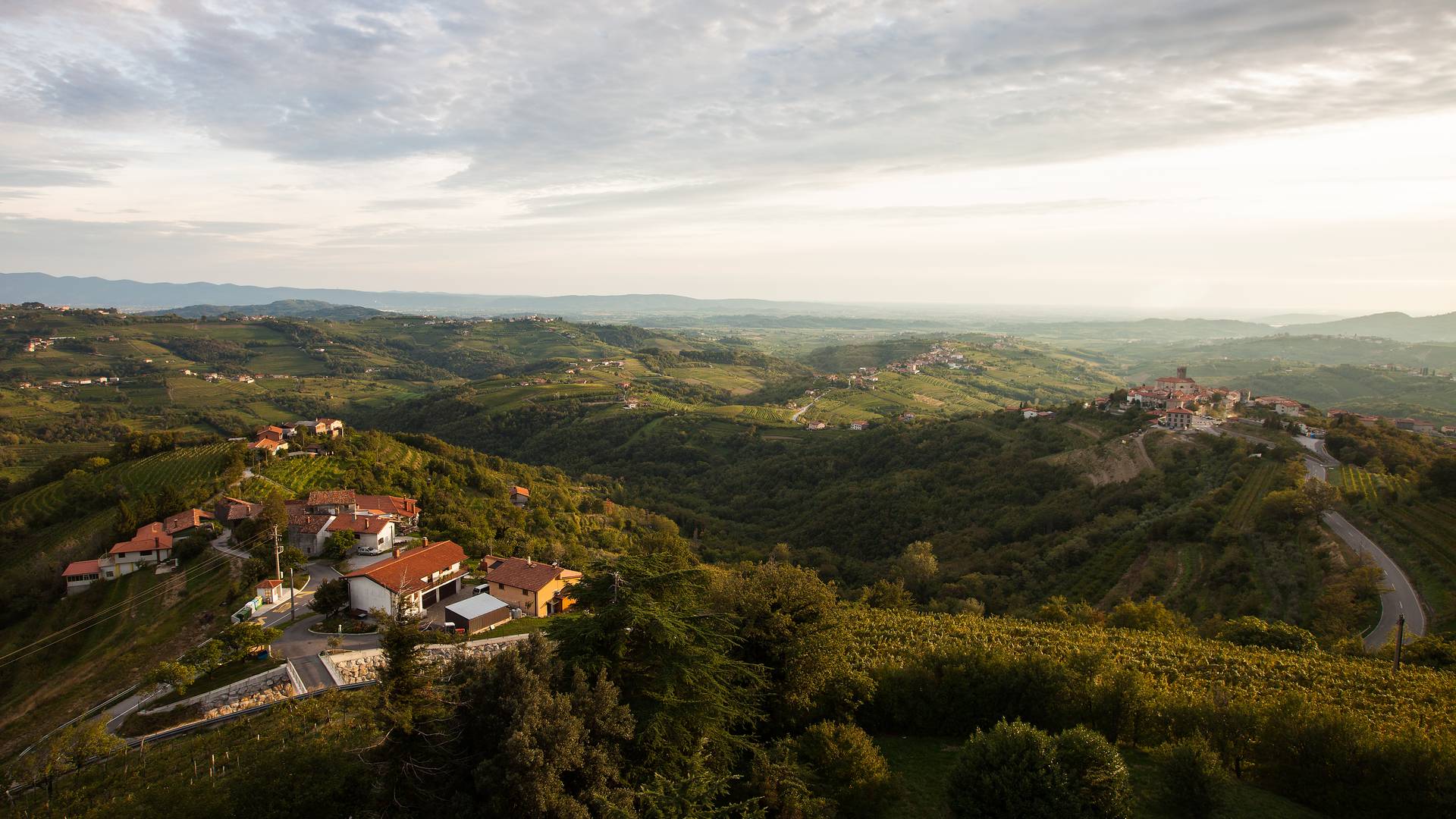 The route crosses the border into Italy in Collio, where hikers can plainly feel the southern cheerfulness; from there, it pushes on westward to the tradition-steeped city of Cividale del Friuli. Originally a Celtic settlement, it was made into a city by Julius Caesar. The capital city of the first Lombard duchy in Italy has been a UNESCO World Heritage cultural site since June 2011. A trip here means a chance to enjoy Italian culture, as anyone taking this stage of the trail should pack one of the many culinary guidebooks and plan a visit to the vintner of Collio. They are known for excellent quality wines that have been rigorously inspected and guaranteed for over 40 years. The most important place in this enchanting hill country is Cormòns, a beautiful little Hapsburg-style town. The sights include not only the churches, but also the numerous wine cellars.

The next destination is the Karst, a plateau that rose up out of the sea 30 million years ago, where the powerful bora wind blows. It is a rough and fascinating landscape. The route reaches the sea in Duino, where Rainer Maria Rilke wrote his famous Duino Elegies. Just a few kilometres beyond that, hikers will have finally managed to reach the target destination of Muggia. Hikers are greeted by an idyllic harbour town that is characterised by the influences of Venetian culture. You can listen to the clatter of the ships’ masts, catch the aromatic scent of the Adriatic Sea breeze and follow the marvellous aroma of ocean fish to one of the excellent ristoranti, in which you can enjoy the unbelievable view of the picturesque Gulf of Trieste where it lies gilded by the sun’s rays. The heart of this major harbour city, which until 1918 was the only seaport in Austria, is the Piazza dell’Unità d’Italia (Unity of Italy Square). This rectangular main plaza situated right on the sea is bordered on three sides by magnificent neo-classical-style buildings.

Short version of the trail: the Three-Country Round Trip 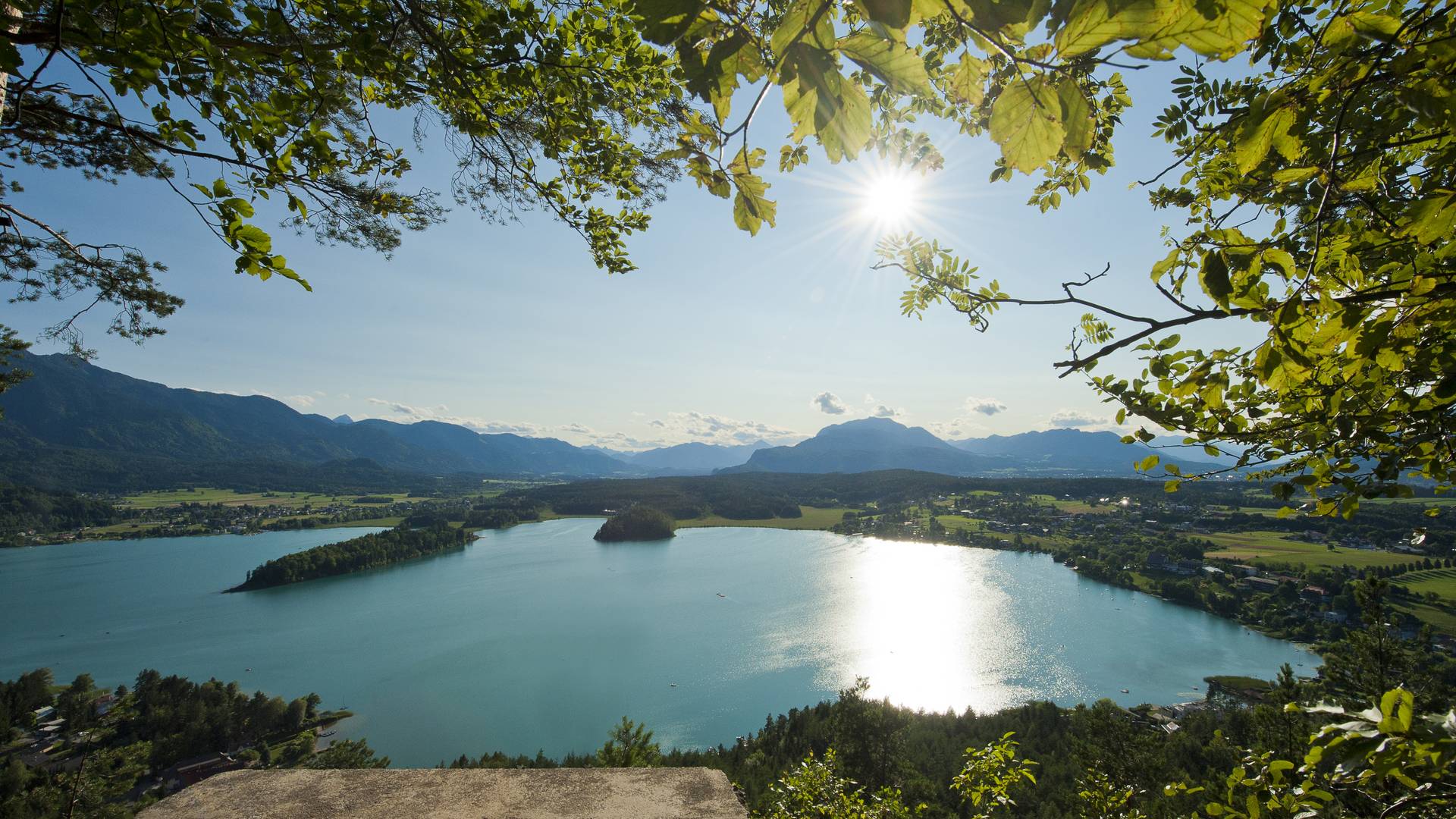 If the entire trail is too long for you but you would still like to discover three countries on a hike, there is a short version of the Alpe-Adria Trail for you to choose; the Three-Country Round Trip features seven day-long stages stretching over 130 km through Carinthia, Friuli-Venezia-Guilia and Slovenia. It begins in Carinthia at the Baumgartner Höhe, near Lake Faaker See, and continues to Warmbad Villach, through Dobratsch Nature Park, Nötsch and Feistritz before reaching Italy via the Kanaltal Valley, proceeding towards Valbruna and the shopping city of Tarvisio.

After the famous pilgrimage site of Monte Santo di Lussari and the Laghi die Fusine, and past the foot of one of the highest mountains of the Julian Alps, the Mangart, hikers reach Slovenia at the international winter sport site of Kranjska Gora before returning to the starting point in Carinthia.

Talk to an expert: